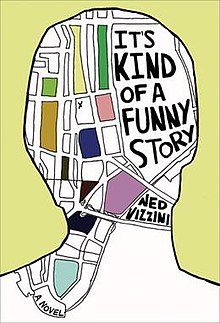 It's Kind of a Funny Story

Author: Ned Vizzini
Language: en
Login to borrow
It's Kind of a Funny Story is a 2006 novel by American author Ned Vizzini. The book was inspired by Vizzini's own brief hospitalization for depression in November 2004. Ned Vizzini later died by suicide on December 19, 2013. The book received recognition as a 2007 Best Book for Young Adults from the American Library Association. A film adaptation, directed by Anna Boden and Ryan Fleck, was released in the United States on October 8, 2010. From Admin: