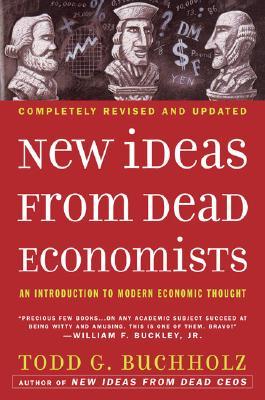 Author: Todd G. Buchholz
Language: en
Login to borrow
New Ideas from Dead Economists, written by Todd G. Buchholz, is an introduction to the history and development of modern economic thought, originally published in 1989. Since its original publication, there have been two revisions, the most recent of which was published in 2007. In the foreword, Martin Feldstein writes: "In this book, Todd Buchholz provides a intelligible introduction to the key ideas of economics through the study of the great economists who have shaped the discipline. Instead of the formal models and complex diagrams that are the focus of standard economics textbooks, Buchholz provides clear, nontechnical explanations and timely examples." From Admin: